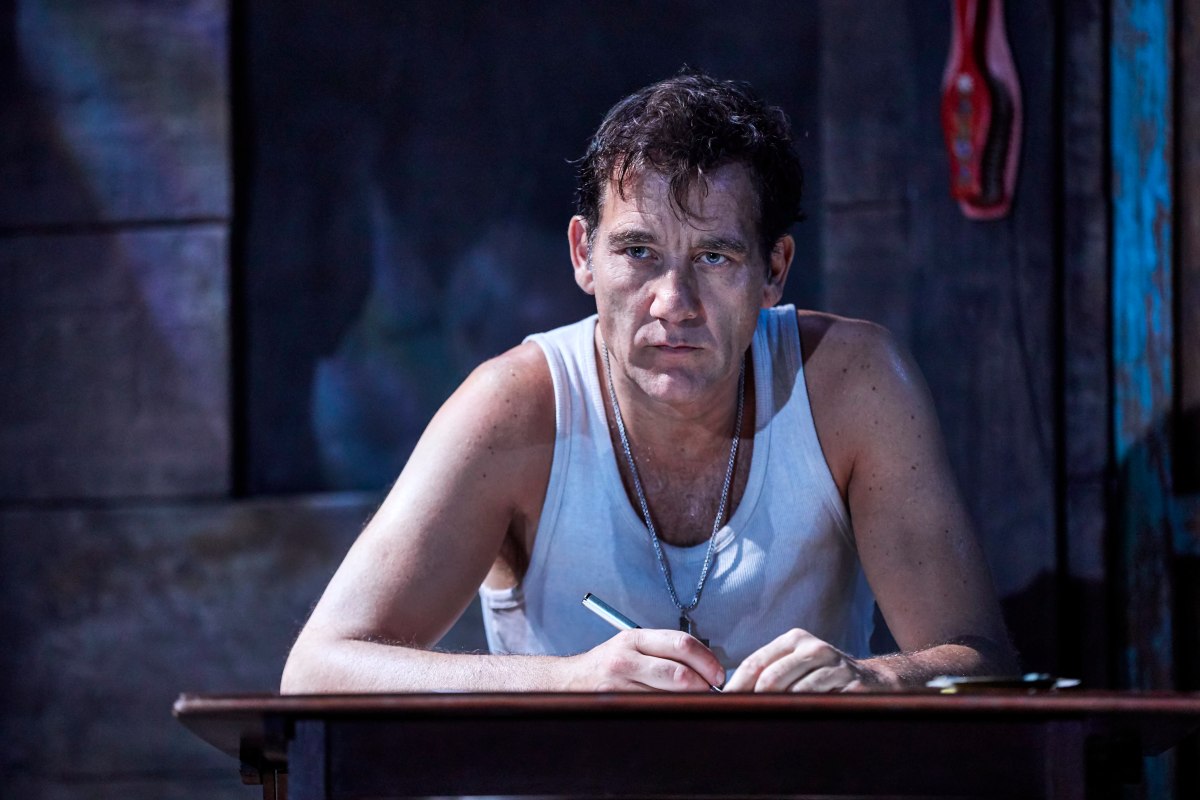 After last year’s triumphant Summer and Smoke, along comes another impressive Tennessee Williams revival to take up residence in the West End.

Clive Owen makes his return to the stage as the disgraced Reverend Shannon in this slow-burning drama set at a remote and run-down hotel in Mexico in 1940.

Dressed in a crumpled white linen suit, Owen’s Shannon is a dominating presence as soon as he appears on stage, talking incessantly, full of nervous energy and verging on a breakdown as a thunder storm brews in the skies above.

The hotel is run by the recently widowed Maxine Faulk (Anna Gunn), who wants Shannon for herself, despite his predeliction for underage girls. The atmosphere becomes highly charged at the arrival of impecunious artist Hannah Jelkes (Lia Williams) and her grandfather Nonno (Julian Glover), who she describes as “the world’s oldest living and practising poet”.

Both Gunn and Williams are stunningly good in their interactions with Owen’s Shannon. The sexual tension hangs in the air like a fine mist.

At some three hours long, James Macdonald’s production lets the intricate emotional beats play out slowly, especially in the second half.

Special mention must go Rae Smith’s impressive set. The ramshackle hotel verandah is created in loving detail while above it towers a craggy rock face and arching palm trees.

The thunder storm, when it arrives, is a cracker. And, in case you were wondering, there really is an iguana.

Shannon is clearly a man with problems,

This isn’t a review as such, but some thoughts on All About Eve, starring Gillian Anderson and Lily James, at the Noel Coward Theatre.

It took me a while to see this, having been confined to my sick bed when it opened.

I came away from this disappointed in what seemed to me to be the overuse of video screens.

Yes, Gillian Anderson has a face you could look at all day – so it’s not hard to see why van Hove is keen to show her projected large from the POV of her dressing room mirror.

But is it really such a bold artistic move to screen large chunks of the action as they take place in cramped spaces out of view?

I saw this from the Grand Circle (where else?) and my lasting memory is of watching several minutes of this play via two fairly standard TV screens suspended high above the stage.

Some of it – including a brilliant sequence where Anderson’s Margo Channing visibly ages in her mirror – is pre-recorded.