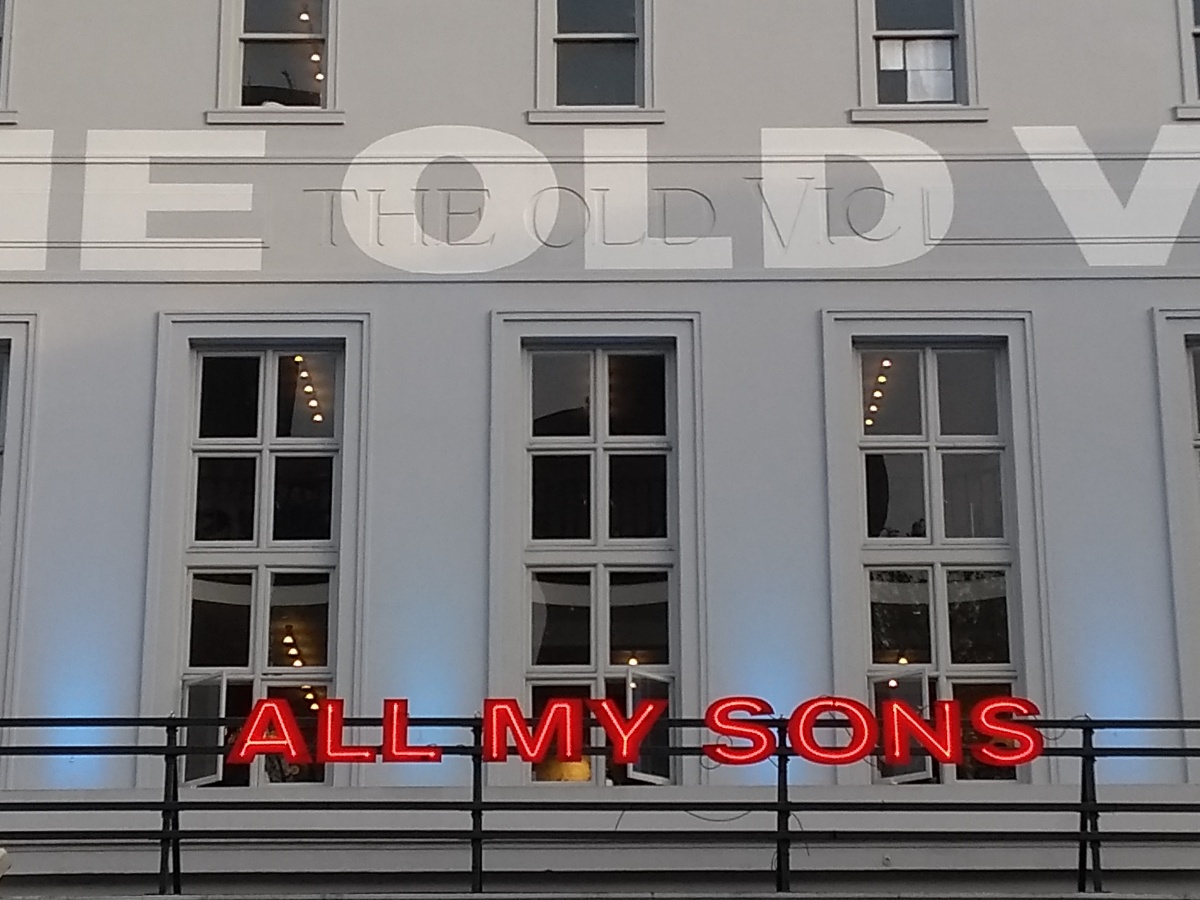 My teenage son informed me that his favourite band Twenty One Pilots took their name from this Arthur Miller play.

Sure enough, watching it at the Old Vic this week, towards the end of act one, there’s a line that makes my ears prick up: “He murdered twenty-one pilots.”

The airmen in question died due to some dodgy engine parts which came from the factory of Joe Keller, the businessman whose sins catch up with him during the course of Miller’s post-war drama.

Jeremy Herrin’s classy revival boasts not just a starry cast list but also one of the most impressively realistic sets I’ve seen in a long while. Designer Max Jones lovingly brings to life the Keller house, with its unroofed porch, and garden fringed by trees, as per Miller’s detailed stage instructions.

The headline US talent comes in the form of Bill Pullman and Sally Field as Keller and his wife Kate.

Pullman’s laid-back Keller speaks in a drawl that’s sometimes hard to understand, but he perfectly portrays a man hollowed out by tragedy and has a great chemistry with Field. She’s excellent in the role of a mother in denial about the death of her son Larry – to the extent that she finds comfort in horoscopes – while showing off her manipulative side with lines like “You gained a little weight, didn’t you darling?”

That particular put-down is aimed at Ann Deever, Larry’s former fiancée, who has been invited to stay by Chris, the Kellers’ other son, so he can propose to her. She’s also the daughter of Joe’s ex-business partner who went to jail over the engine scandal. None of this is going to end well.

Ann is played by Jenna Coleman (Doctor Who, Victoria) and Chris by Colin Morgan (Merlin) – both of whom shine in their roles representing the younger post-war generation.

Herrin lets the tension build slowly in the first half, before delivering two devastating final acts after the interval. Not even some rogue mobile phone bleeps could ruin the atmosphere.

And before anyone writes in. Yes, I know Twenty One Pilots are technically a duo, not a band.

All My Sons is at The Old Vic until 8 June

Set in the post-crash 1930s America, it’s not hard to see why this lesser-known Arthur Miller play from 1980 will resonate with a 21st Century audience still feeling the effects of the 2008 financial crisis.

Subtitled “A Vaudeville”, Rachel Chavkin’s production uses period songs and superb choreography to guide us through the personal and political upheavals of The Great Depression.

The story follows the fortunes of the Baum family, New Yorkers who lose their wealth in the 1929 crash, with Miller channelling his own childhood experiences through the character of Lee.

Clarke Peters is superb as the play’s omniscient narrator and “investment genius” Arthur Robertson, a man who foresaw the crash. There’s a touching early scene in which he advises a shoeshine boy to sell his stocks before it’s too late. The financial meltdown itself is effectively conveyed through a montage of crackly radio clips.

The American Clock is for the most part a sonic and visual delight with some striking set pieces. The on-stage musicians, led by Jim Henson, add lashings of atmosphere. I particularly enjoyed Ewan Wardrop’s tap dance routine as Ted Quinn, the chairman of General Electric. Francesca Mills is also memorable in multiple roles (seven, according to the cast list).

But the use of three sets of actors to play the same members of the Baum family – often on stage simultaneously – felt muddled and distracting in a tale which already has so many characters.

The whole experience lasts three hours. There were moments in the less energetic second half where I wanted the hands of the clock to move faster.

This is the first of two Miller productions at the Old Vic this year. The more famous one, All My Sons, arrives in April.

The American Clock is at The Old Vic until 30 March