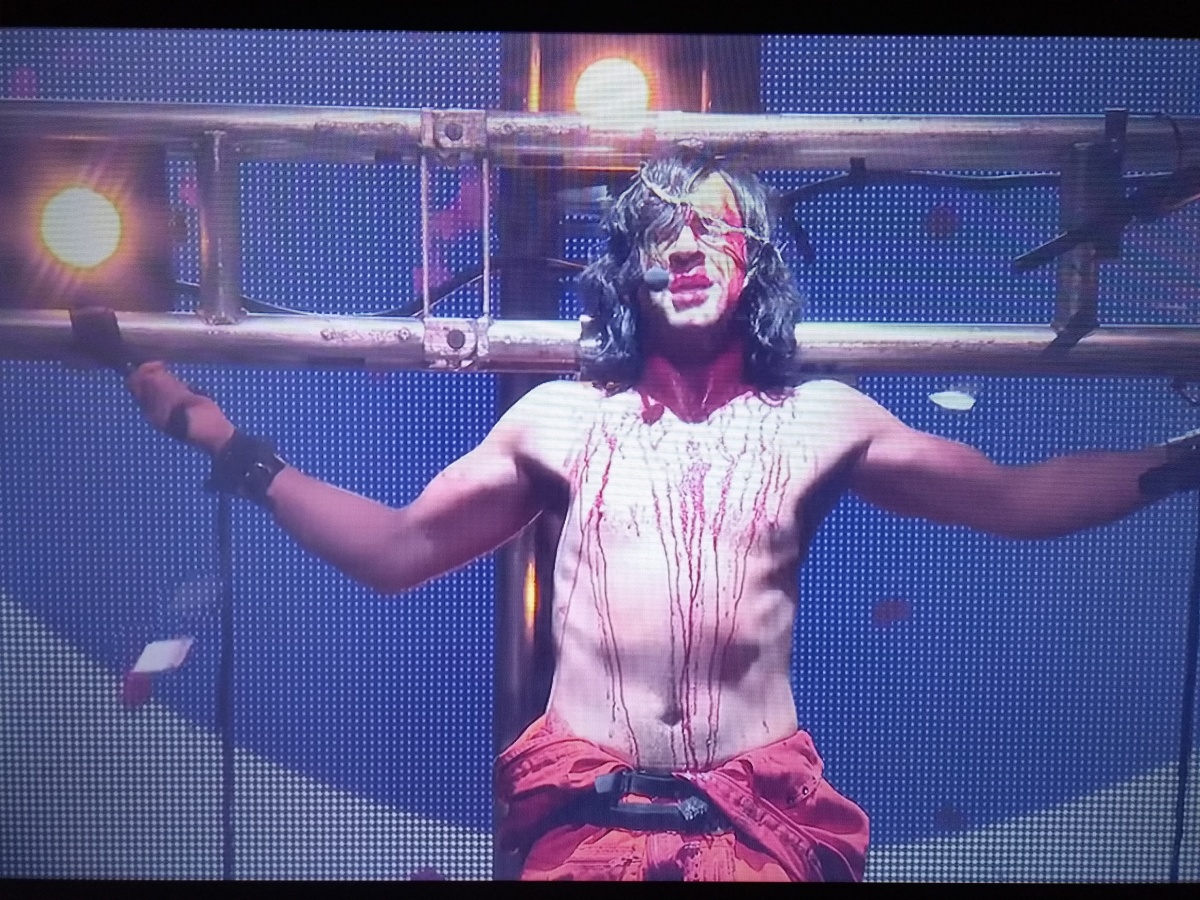 As the cast of Jesus Christ Superstar take their bows at the end of the show at London’s O2, Andrew Lloyd Webber strides on stage with a microphone to say what a joy it to see his musical being performed in a proper rock venue.

This 2012 production, streaming on YouTube over the Easter weekend, doesn’t stint on the spectacle, but it does sometime feel like it’s trying too hard to justify its place in such a vast arena. Despite a giant screen showing close-ups, flashing social media messages, and even lashings of blood, I do wonder how engaging it would have felt sitting at the back. At least this version puts the audience right there on stage.

Director Laurence Connor gives the story a present-day twist inspired by the Occupy protest movement, which allows for an impressive opening scene involving riot police and pop-up tents. And the decision to put Jesus on trial by TV with Chris Moyles’s Herod as a red-suited game show host (“TEXT Lord or Fraud”!) works bizarrely well.

While I enjoyed Ben Forster’s emotional portrayal of Jesus, and Mel C as Mary Magdalene, it is Tim Minchin’s dreadlocked Judas who is the real star of the show.  He snarls and smoulders like a proper villain. But what a heavenly voice.

Jesus Christ Superstar can be watched here until 7pm on Easter Sunday. 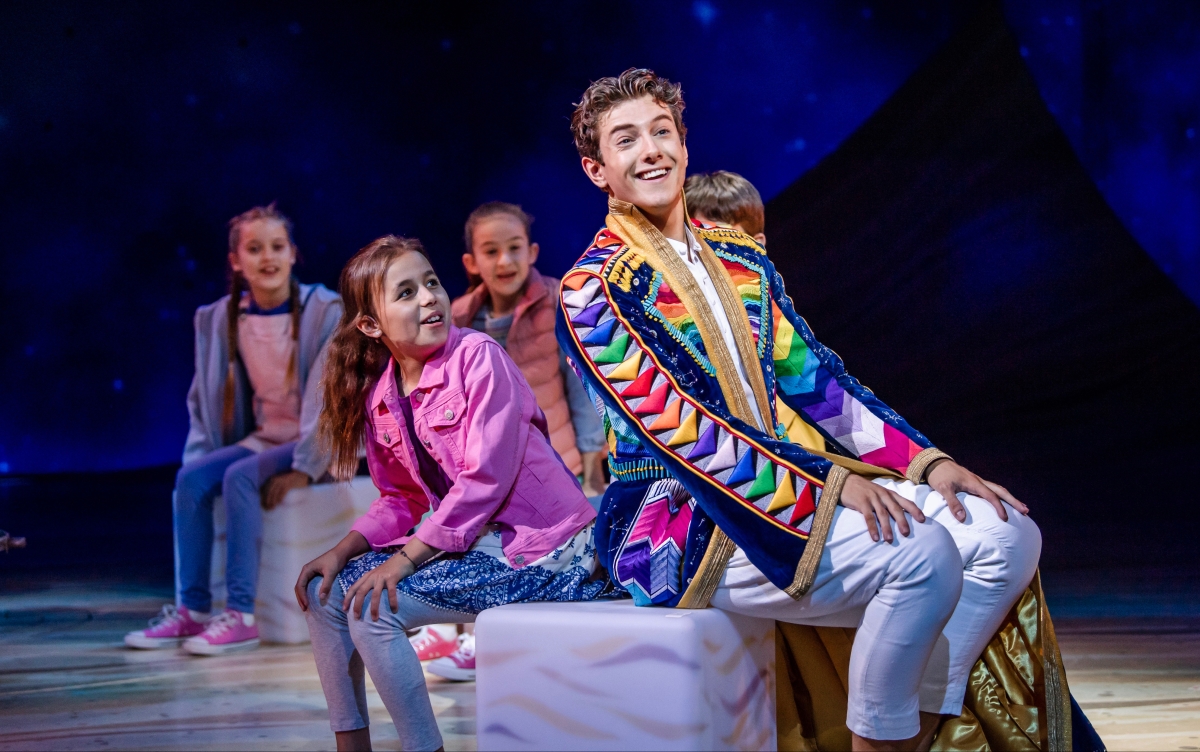 What a journey this musical by Andrew Lloyd Webber and Tim Rice has had. In 1967 it started life as a 15 minute pop cantata for a school choir in South Kensington. In 2019, and thousands of performances later, here it is back at the London Palladium – the same theatre where heart-throb Jason Donovan famously donned the multi-coloured coat in 1991.

Donovan is back too – this time as the Elvis-inspired Pharoah – while the role of Joseph goes to newcomer Jac Yarrow, who’s yet to finish drama school. Based on tonight, he doesn’t need to worry about his grades.

What’s striking about this no-expense-spared revival is what they’ve done with the Narrator. Sheridan Smith is a magnetic presence as she sings, dances, grins, gurns and laughs her way through multiple roles, including Joseph’s father Jacob (with a comical fake beard) and Potiphar’s wife. She’s clearly having a ball.

Directed with a huge sense of fun by Laurence Connor, the energy in this show is so palpable you could make a coat out of it.  Yarrow, who is blessed with a wonderfully clear singing voice, earned himself a standing ovation on opening night for his spine-tingling rendition of Close Every Door.

Donovan arrives with a bang in Act Two onto an Ancient Egyptian set where the bling dial has been turned up to 11. Singing with a deep voice that seems to emanate from his golden boots, he pulls all the right moves during the rock’n’roll spectacle of Poor, Poor Pharoah/ Song of the King. The guitar-playing Egyptian god statues are a particular highlight.

There’s so much visual panache and whirling choreography that’s easy to miss some of the finer detail while you’re transfixed by events on the other side of the Palladium’s vast stage. It’s impossible, however, to miss the show’s brilliantly conceived camels. If I was kid, I’d want to ride one home.

Yarrow, who turned 21 last year, has arrived in the West End as a fully-formed star, and surely a glittering career lies ahead. But there’s no doubt who this production is really all about: it should be subtitled The Sheridan Show.